You may recall from my list of WIPs in my post “How Do You Prioritize Your Writing?” I recently completed the first draft of a science fiction novel.

It’s SF in the sense that the story’s set in the future. There’s no space or time travel, no aliens, no cyborgs. There are advances in technology, of course, but not to the extent you see in other works. The story is not apocalyptic, dystopian, or steampunk. It is simply a story, set in the future, where a new technological development has cultural and political ramifications. It sounds kinda dry when I say it like that – but it’s not, I swear! But needless to say, I’m still a long way from having a logline for this story.

I ripped through the first draft in record time (for me). But after letting the story sit and having my husband (and beta reader in disguise) look it over, I realized what I had written was a far cry from what I had originally envisioned. Not unsalvageable, mind you, but definitely different.

Oh, and I should mention the demons… The demons that have completely taken over my manuscript. 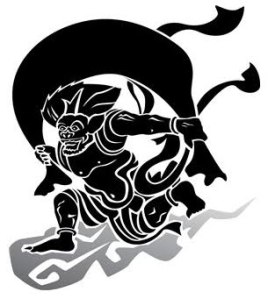 For starters, I did not intend to write a story with overt political overtones. In the beginning, I saw the story as a “simple” caper set in the future. But as I started digging deeper into this future of my creation, the politics became harder and harder to escape.

Then there was the pesky dynamic that crept up between my two lead (POV) characters. A romantic subplot that is admittedly not well executed. When I was drafting, I let the story happen as organically as possible. I had a general understanding of the where I wanted the plot to go, but there was a lot of leeway – hence the over-the-top romantic arc I have to deal with now. Think cheesy. Think cringe-worthy. After reading the draft, my husband had to ask if I was writing a romance set in the future or an actual SF novel. Ouch.

In my defense, I think all the mushy stuff was a carryover from my work on my recently completed historical romance novel, but that’s no longer a viable excuse. Nope. Now is the time to exorcize all the demons from my manuscript. It’s time to revise. This is hardcore.

First up, I must minimize the romantic overtones. I don’t mind the characters getting together, but I want their romance to be understated and complement the rest of the novel – not take it over entirely. Next, given the political thrust of the story, I need to add another POV character as a political foil to my two leads that provides another perspective. This will help with worldbuilding and hopefully pull some of the attention away from the romantic subplot. Since I also have a third-act, one-dimensional villain, I’ve chosen him as my third POV character to make him more sympathetic and justify his actions.

All these changes are going to take a lot of work. Adding roughly another third of content and reworking the material I already have. But it will be worth it. With the demons gone, the story can only get stronger.

Demons, begone! How do you banish your demons from a WIP?