Tagged. With the Eight Questions Meme from my CP in crime, Lori M. Lee. 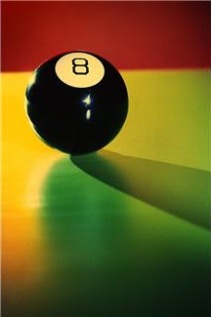 If you could go back in time and relive one moment, what would it be?

My wedding day – lame, right? I was such a spaz that day. I’m not super comfortable with crowds and prefer small groups instead of the grip ‘n grins needed at the reception. I wish I could have spent more time with everyone without my emotions taking over. The day sped by so fast. I remember a few things but everything else is a blur. And the food! We put so much thought into the menu, and I don’t remember tasting any of it. We ate of course, but I was too distracted to enjoy it.

If you could go back in time and change one thing, what would it be?

Not being brave enough to take writing classes in college. I was an English major (of course) but kept to the survey and criticism courses like the coward I am.

What movie/TV character do you most resemble in personality?

Depends on the day. Sometimes I’m Ise Nanao from Bleach: Calm, collected, industrious, and easily annoyed by people who interfere with that. Other times I’m Britta from Community: psuedo-bitchy without necessarily meaning to be. But mostly I’d have to say I’m Liz Lemon from 30 Rock, who kinda encapsulates aspects of both Nanao and Britta in her misguided, quasi-feminist attempt to do work she’s proud of without sacrificing her soul. Oh, and her love of inappropriate carbs. Full disclosure: Bossypants is on my nightstand.

If you could push one person off a cliff and get away with it, who would it be?

George Lucas in 1984. I would still be in training pants, but at least he wouldn’t have gone on to destroy a most-beloved trilogy with Greedo shooting first and Hayden Christensen’s punk ass showing up at the end of Return of the Jedi.

Name one habit you want to change in yourself.

Describe yourself in one word.

Practical. Or at least as practical as a writer can be.

Describe the person who named you in this meme in one word.

Artistic. Whether it’s sketches or a perfectly captured sensory detail in her story, Lori renders both with skill and artistry.

Why do you blog? Answer in one sentence.

I blog to share my process with others and for the camaraderie and accountability it brings.